Traditionally, women have been underrepresented in the automotive services industry. But in recent years, the landscape has evolved to a place where more and more women are showing their strength, vision, and leadership. The Canadian Automobile Association (CAA) relies on talented women at all levels to ensure Members across the CAA footprint have the roadside support they need to use their vehicle when they need it most. Let’s take a closer look at the women behind the CAA Mobile Battery Service Program. 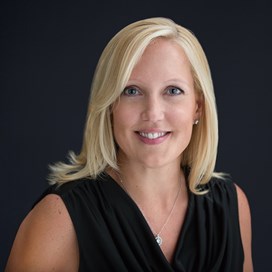 After joining CAA more than 12 years ago, Anita Mueller transitioned to the Club & Automotive Services team three years ago, where she helps lead one of CAA’s core services. She was drawn in by the opportunity to use her strategic and operational strengths to help improve upon CAA’s promise to rescue Members in their time of need. Being part of a company that has been around for over a century, with roots in safety and advocacy, Anita and CAA’s teams regularly innovate and find new ways to serve Members. This includes implementing a sophisticated machine learning program, Geo-Temporal Gen 2, to predict where Members will need assistance so CAA can strategically place rescue vehicles close to the scene. During the COVID-19 pandemic, CAA rescue drivers also delivered personal protective equipment, food, and prescriptions to people in need.

Throughout her life, Anita was surrounded by strong women and visionary leaders, so gender never played a factor in her decision to join the automotive field. “I do recognize that this has been a male-dominated field in the past, however we are all people working together and helping others,” said Anita. “As I reflect on my career, I recognize how truly blessed I have been by learning from incredible mentors. I continue to be inspired by CAA’s inclusive culture with people of all races, genders, talents, and abilities within our Board of Directors, executive team, management team, and within our Associates. It’s with this diversity that we have created such incredible programs to serve our 2.5 million Members. In my role as VP, I’m able to work with people in all stages of their career, to share my learnings and hopefully mentor the next generation of leaders to come.” 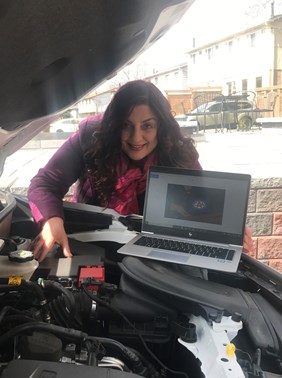 Building her career with CAA, Anna joined the team in 1991, working in the government and political affairs and advocacy area. In 2012, her focus was redirected to automotive and roadside assistance, where she worked for nine years. When the former manager of Battery Light Service left CAA in December 2019, she was ready to continue building upon her skillset from an operational perspective and transitioned to oversee the CAA Mobile Battery Service Program. With her background in advocacy, Anna brings a unique lens for how CAA can market the Battery Program and reach its Members.

“I think that the industry is changing,” said Anna. “When I was growing up, my father would take my vehicle to get serviced while I lived at home, and husbands would take in their wives’ vehicles. But in the last two decades, more and more women are entering the automotive industry. We reach equality through strength in knowledge and our skillset, and the automotive industry can tap into the female workforce. Forging ahead, we're thinking of the next workforce – it’s not male dominated anymore. Instead of 90% male, it's about 50-50. Bertha Benz in the late 1800s assisted her husband with the first fuel engine and helped market the product and company. Mary Anderson invented the windshield wiper, and Charlotte Bridgwood further developed and automated them. I think women have always played a vital role in automotive innovation throughout history, and now they are entering the workspace: they are taking their vehicles to the mechanics, buying the CAA Membership, and making the dollar decisions within households. I want my daughter to know that she can do what she wants to do. If you desire it and focus on it, you can get whatever you want.”

Since 2005, JoAnn Craigie has worked in road service, transitioning several years ago to focus on the CAA Mobile Battery Service Program. One of the things that she loves most about her role and working with CAA is having the opportunity to help people every day and being a part of making bad days good. The responses that come back from Members about how CAA was able to get to them quickly and resolve their issue with little interruption to their day, is a rewarding feeling for JoAnn.

When she started in her role, JoAnn did not consider gender a factor. After being raised by a supportive mother and four older brothers, she never thought she was incapable of doing anything that they did. “I felt, and still do, that it's more about knowledge and being able to help people with their roadside problems,” said JoAnn. “Being a woman in this industry has never been an issue for me. The biggest surprise for others, may be the respect that is given to me by my male peers, for the knowledge and understanding that I possess. Being a single parent to two daughters, they have witnessed my growth and success with CAA. I believe this example has shown them that if they have a passion for a career, gender will not hold them back.” 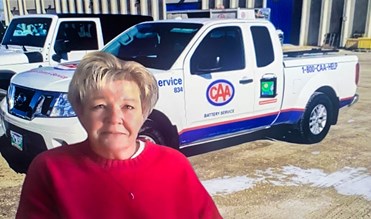 In her first job out of high school, Michelle Belanger joined the largest tow company in town, where she started as an Office Administrator, before moving to Dispatch, then eventually was promoted to Office Manager. Twenty-five years later, she is the Manager of Dispatch Operations for the Manitoba Fleet. Michelle has spent her entire career helping others get back on the road in their time of need. She has learned the ins and outs of towing and about the automotive industry as a whole. In addition to being Wreckmaster Certified, Michelle sat on the Towing Association Board along with the owners of her company. From there, she moved to CAA South Central Ontario as a Dispatcher.

“I was accepted for my knowledge and understanding of the business,” Michelle said. “I never felt it was a gender specific world: I was surrounded by brilliant businesswomen, running successful companies alongside their male counterparts. Coming to CAA, I was surrounded by mentors of both genders, each with their own talents, knowledge, and diversity. Moving to my role as Fleet Manager, with an entire team of male drivers, I was never made to feel inadequate, or disrespected in my position. I was accepted for my knowledge, and passion to fulfill my role.”

From the roadside to the boardroom, women in the automotive repair and maintenance industry are on the rise and joining CAA’s ranks. Women leaders are driving operational and innovative strategies that are impacting the industry and shattering gender stereotypes. Female Battery Service Technicians were nearly unheard of a decade ago. Today, they are supporting Members at the roadside across Canada, and breaking barriers that open doors for other women. With women actively pursuing careers in the automotive industry, their numbers are becoming increasingly prominent in the automotive sector.

Jobs once considered “for men only” are now available to a whole new demographic that are not only doing the job well, but actually beginning to lead an industry that was once only accessible to their fathers and grandfathers. With the automotive services industry in this new state of transition, CAA is proud to have so many roles filled by outstanding women who are leading the charge for the CAA Mobile Battery Service Program.